It wasn't hard to settle back into the Guadiana rhythm. A mixture of life at anchor in various spots, the occasional stay at the pontoon in Alcoutim, some trips up and down river to the marinas in either Spanish Ayamonte of Portuguese Vila Real.

Catching up with the river people we already knew, and meeting new arrivals at the pot luck barbeques. Quite a large crowd this year, and a good number of musicians to get a whole band together doing some great concerts, but of course some will be moving off to the Canaries and beyond.

I had got myself a nice pair of proper walking shoes and so they had to be tried out on the many wonderful walking trails. They were doing their job real well, but on the rougher tracks I still couldn't keep up with Peter, and he on sandals!

The Spanish classes for foreigners had started again and I decided to have another go at finally learning a bit more of the language.

And of course the usual boat maintenance to keep old Eos afloat.

In between we were spending a lot of time “selling the boat”. We'd got some enquiries, some of them rather serious, others quite hilarious: someone from Abidjan wanting to know the exact address of the boat, so he could send a truck to pick the boat up. Ha. I googled his IP-address and it came up in a large variety of business enterprises – so we didn't bother to reply. Another time we got a French phone call; phew, what a switch to have to speak French all of a sudden and totally unprepared. I managed surprisingly well I thought, but not well enough to get the guy more interested. We were rather amazed at the questions people would come up with. There was us thinking we'd made this super-complete website and people still find things to ask. It's been keeping us busy but so far no progress.

Our photo camera is now quite dead. So here a few pictures taken some time ago. 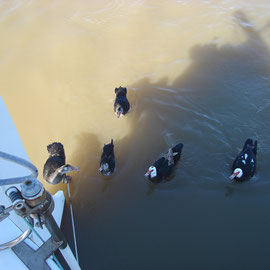 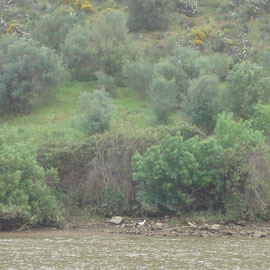 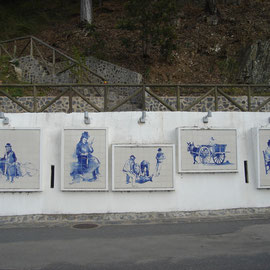 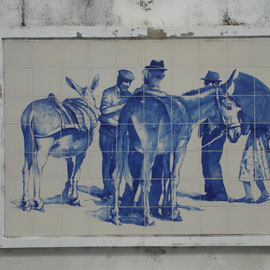 Some examples of azulejos