apply a coat of antifouling, as there was quite a bit of growth already – apparently the Ria Formosa is famous for fouling

before the antifouling, do some patching up with primer

before the primer, have a power wash to thoroughly clean the surface

patch up the white paint on the topsides

while the forepeak is empty, cover the inside with a coat of linseed oil

put on some extra zink anodes as the other ones were starting to get eaten away already – okay, at least they were doing their job

have the broken dinghy oar repaired

repair the leaking cooling-water pump; which was the original purpose for using a mooring buoy instead of anchoring while we had no use of the engine in an emergency – but we hadn't gotten round to it, fortunately in a way

have mail sent over while waiting for spare parts to arrive

do some varnishing while waiting for parcels to arrive

use the bikes to get some extra jerrycans of diesel, paraffin, methelated spritits (as well as some wine and beer)

use the bikes to go for a nice bike ride in the Ria Formosa Natural Park; which after all we didn't as they had started charging money to go in

use the bikes to go to Olhão's only (as far as I know) Bitter Orange Tree Street to make another load of marmelade – the previous batch had a funny taste: there'd been red cabbage in the pressure cooker for a couple of days (guess what the chick peas tasted of the next day)

oh well, use the bike for another trip to the laundrette

use the shore power to use the sewing machine

use the shore power to use the laptop to update the blog!

Meanwhile Eos got a nose job. An accident like this we would sooner have expected on the Guadiana, where there is so much (semi)submerged debris floating around and where we often sail over our anchor chain with wind against tide. One needs a bit of luck: now we were just a short distance away from the shipyard. 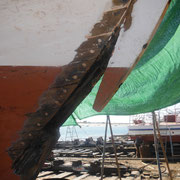 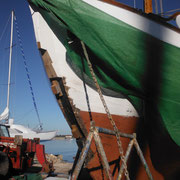 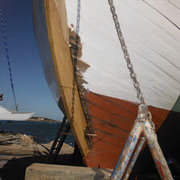 We had some old friends from our home port visiting us by camper van, which was a nice reunion. This winter we haven't had much opportunity to be sociable; there were only a few liveaboards on the shipyard and then everyone is just so busy working on their boats, and on the mooring buoy in Quatro Aguas the weather was so lousy we hardly ventured outdoors.

Beside a few liveaboards the shipyard has quite an animal community. We had been tempted to take one of these along with us: 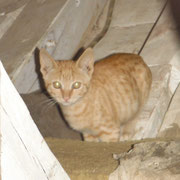 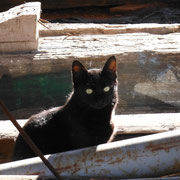 This is what they'd turned into: 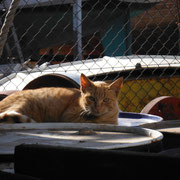 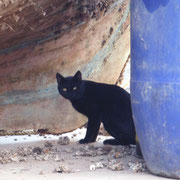 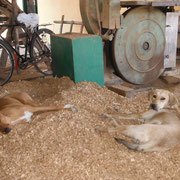 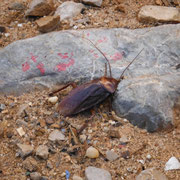 The guard dogs spend a lot of time snoozing in the sawdust and for the rest barking at other dogs at the other side of the fence. Being still quite young they liked to get hold of all kind of things to gnaw on: shoes people left out and one dog even started to gnaw the end of our rudder!


Although we feel very much at home on the shipyard, it was real good to get afloat again. And there was hardly any leaking! But the deck... While the boat was ashore the weather had been glorious but now all the spring rain seemed to come at once – making Eos leak more from above than from below! Anyway, lots of nice weather on the way for our endless to-do list.